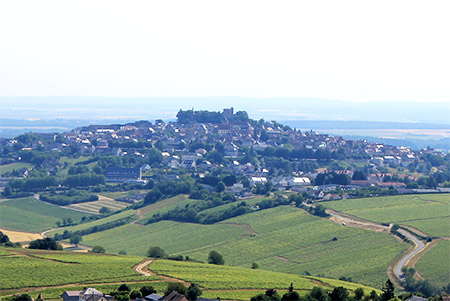 Numerous legends tell that since ancient times, there have always been vineyards in Sancerre.

As early as 582 AD Gregory of Tours wrote of the existence of vineyards.

In the 12th century, the area saw considerable growth thanks to the Augustin monks of Saint-Satur and the Counts of Sancerre.

The Duke Jean de Berry thought they made the best wine in the Kingdom. More recently the vineyards have suffered setbacks. At the end of the 19th century the mostly Pinot Noir vineyards were ravaged by phylloxera.

Following this, the Sauvignon Blanc, which was particularly well suited to the climate, began to develop. The combination of the terroir and the men behind the wines improved the quality so much that by 1936 the first AOC decrees were recognised. In 1959 the reds and the rosé wines, made from Pinot Noir, were also classified as AOC. The continued development of the appellation, driven forward by successive generations of Vignerons, has made it one of the most well-known vineyards in the world.

Today the vignerons continue to incessantly increase the quality of their work, with ever greater respect for the environment, and an ever deeper expression of the terroirs of the appellation. 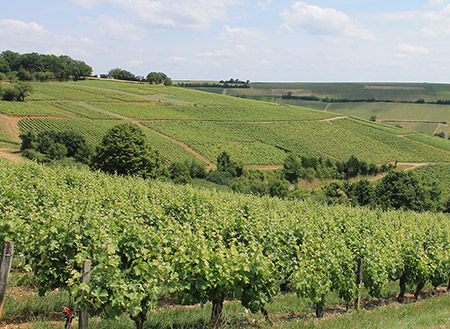 Situated on the banks of the Loire, to the North East of Bourges, the Sancerre vineyards extend over nearly 2 800 hectares and about 15 communes. 3 types of soil are found: